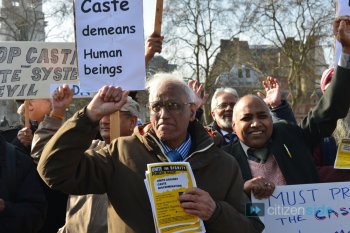 The National Secular Society has welcomed news that the Government has climbed down following its defeat last night in the House of Lords and agreed to make discrimination on grounds of caste unlawful.

On Monday evening (22 April) peers voted to retain their original amendment making caste a protected characteristic (as an aspect of race) under equality law via a new clause in the Enterprise and Regulatory Reform Bill. The vote was won by 181 votes to 168.

The Government has now conceded on the principle and has tabled an amendment which requires the Secretary of State to bring forward regulations to include Caste as an aspect of Race (under Section 9(5) of the Equality Act) within two months of enactment of the Enterprise Bill.

Keith Porteous Wood, executive director of the National Secular Society, commented: "We are delighted that the Government has committed to ensure that discrimination against caste will enjoy the same statutory protection as other protected characteristics. Too many British citizens have suffered caste based discrimination. Our equality legislation now sends out a clear signal that it will no longer be tolerated, and offers hope to the tens of thousands of British Asians whose lives are blighted by such prejudice.

"The 'Informal conciliation' solution proposed by the Government, possibly in deference to high caste (and high influence) Hindus, was woefully inadequate for such deep-seated discrimination that can ruin people's lives.

"We particularly regret the Government's refusal until today to follow the UN's recommendation (pdf) to bring in this legislation, especially as to do so was an international obligation.

"This is a victory for the Lords and their emphasis on protecting Human Rights. Special thanks go to Lord Avebury, Lord Harries of Pentregarth and Baroness Thornton for promoting this cause, which the National Secular Society has been campaigning on for several years since the first world Conference on Untouchability (pdf) in London in 2009.

For further details on this issue, please see our briefing on caste discrimination (pdf).