Annual Report from Austria about 2014 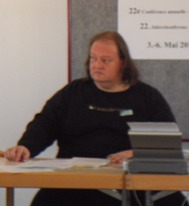 Activities of the Movement "We are Church" (WaC)